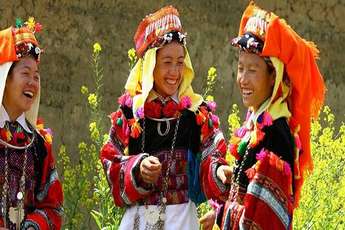 Women of the Lolo ethnic group or queens of the Northern mountains
The Hmong, a great tribe of Vietnamese minorities